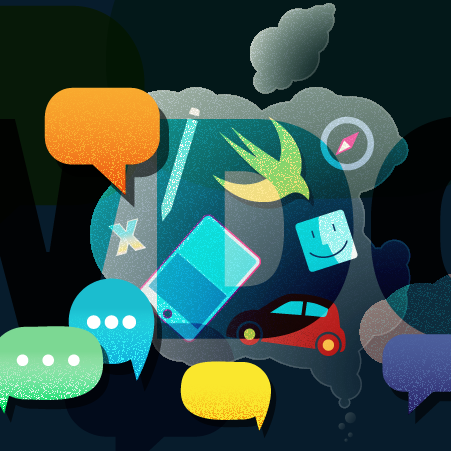 The Apple Worldwide Developers Conference (WWDC) is just a few weeks away. It's an exciting time for all of us who build apps for Apple products—and for a lot of their customers, too—since the week-long conference starts with a keynote address where they typically announce the next versions and updates to OS X and iOS. Every WWDC is preceded by months of rumors and speculation about what those announcements will be (the all electric AppleCar!), since Apple keeps their cards close to their chest. Here's a list of the things that we're hoping to see on June 13th.

In hopes of not further complication a developer’s job, there are a number of things that are not on our wishlist this year:

Over the next month, the rumors will evolve, and we’ll all be eager to see what goodies appear in the conference sessions throughout the week. If you’re in Chicago the week of June 13th, come watch the session videos with us on Tuesday, Wednesday, and Thursday. More info on the NSCoder meetup page.