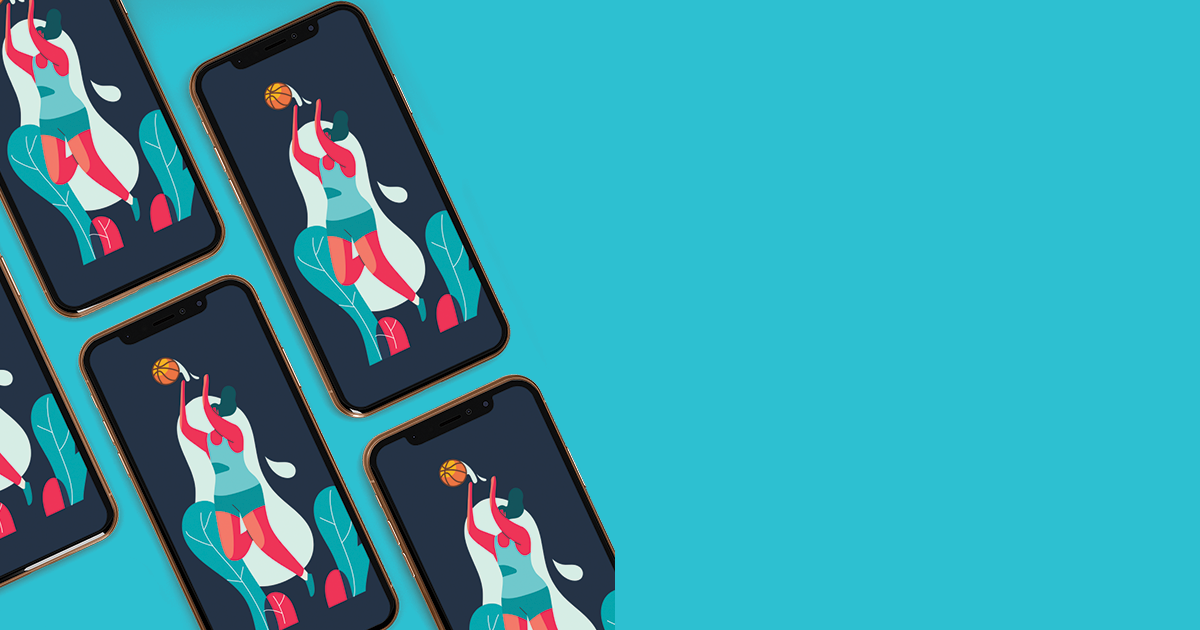 We all know March Madness is, well, madness. Between the crowds, the upsets, the bracket challenges, the name continues to be quite fitting.

We wanted to put our own spin on the bracket sensation this year, so we thought about what people go mad for…when it comes to mobile.

With the average American spending 5.4 hours a day on their mobile devices, we think it’s fair to say that people have a sense for what they like best and what makes for an experience worth all that time!

So, for our inaugural Mobile Madness bracket, we’ve compiled a list of 32 apps that have been getting some attention lately, whether on forums, social, or simply around the Vokal offices.

To emulate the typical bracket structure, we’ve divided the contenders into categories, while pre-ranking them based on our perception of which is likely to perform the best. Our categories are: Financial Services apps, Health & Wellness apps, Food & Dining apps, and Hospitality & Travel apps. 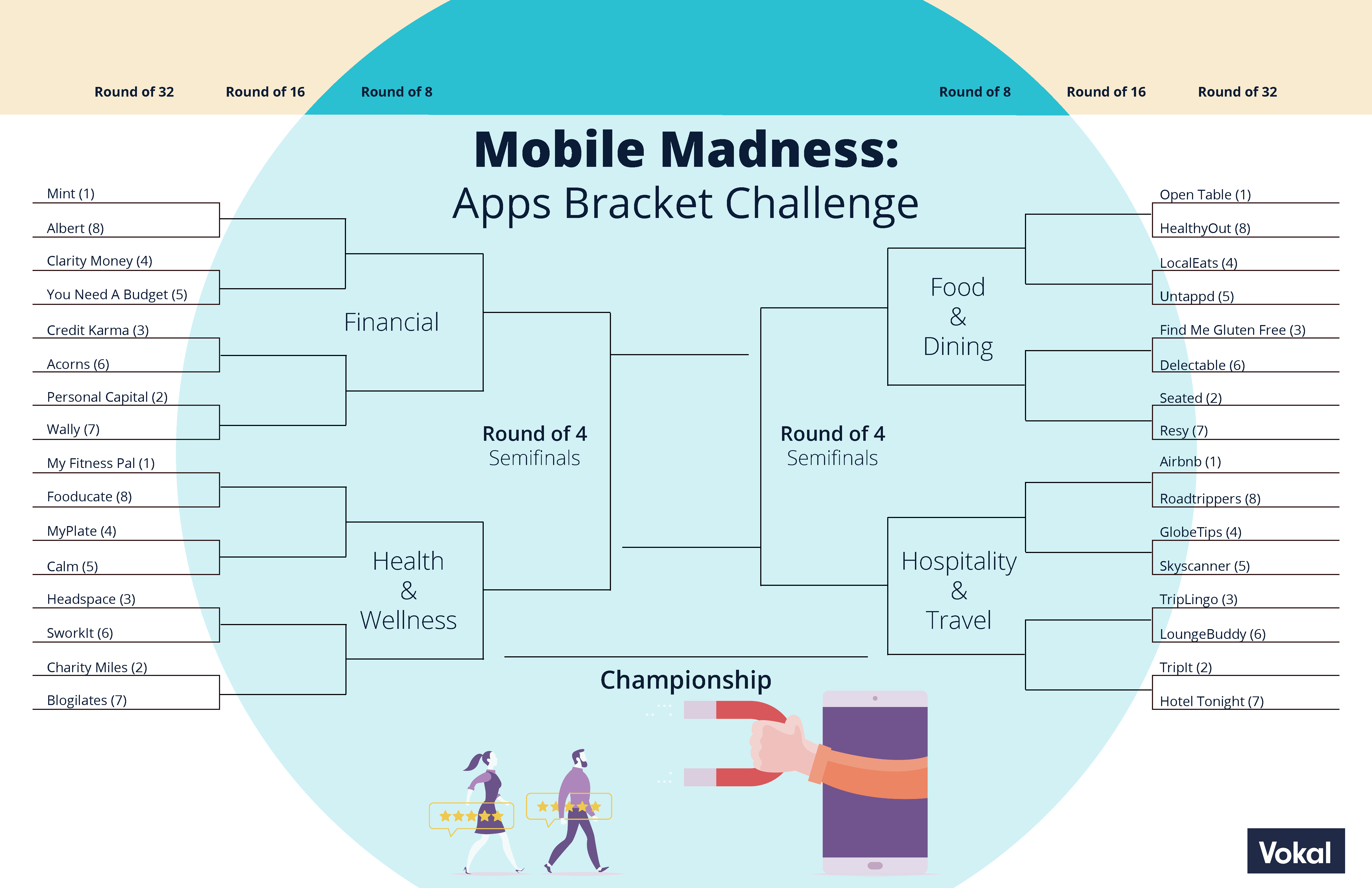 Additionally, in the spirit of competition, for those completing our voting, we are holding a drawing for a $100 Amazon gift card. If you'd like to be considered, submit your email address below.

Turning Tables: While Calm dominated the competition in Round One, My Fitness Pal claimed victory over their matchup with 66.7% of the vote. Also, Seated, which squeaked by with a win in Round One, took on Delectable with full force, winning 88.9% of the vote.

A Suite Victory: Airbnb dominated over Hotel Tonight in the largest victory margin, with Airbnb claiming 85.7% of the vote vs Hotel Tonight (14.3%).

Healthy Debate: The Health and Wellness category for apps ended with the closest matchup: My Fitness Pal (57.1%) vs Headspace (42.9%).

Our voters have spoken and our results from the semifinals are in. Take a look! 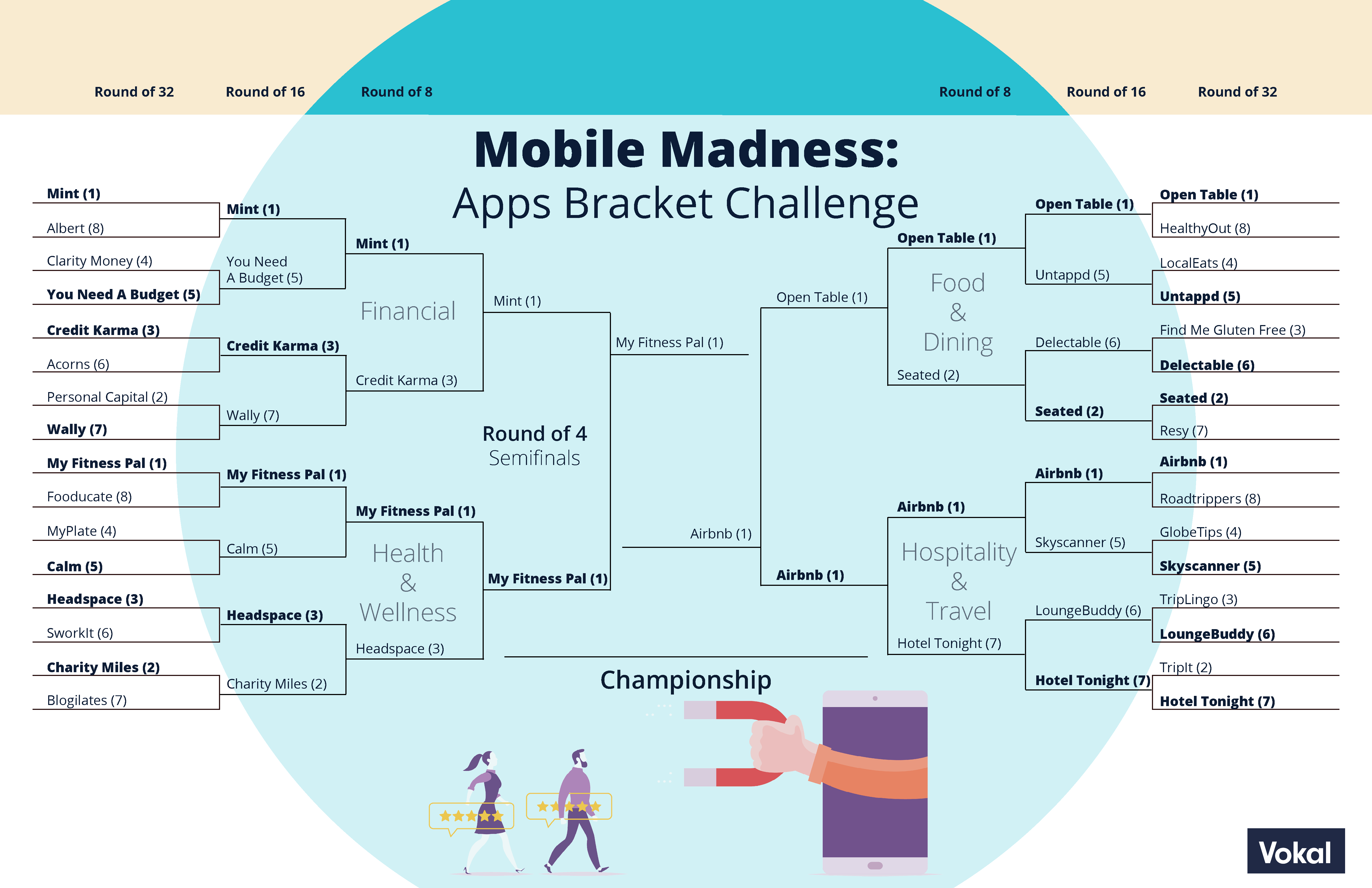 No Doubt About It: Neither matchup was tight: Airbnb won over Open Table with 83.3% of the vote and My Fitness Pal won out over Mint with 66.7%.

But which apps will continue onwards and which won't keep up with the rest of the pack. You don't have to have voted in the semifinals to cast your votes for the championship. Let's see who wins it all!