Three Ways Your Company Can Obtain A Competitive Advantage Through Culture 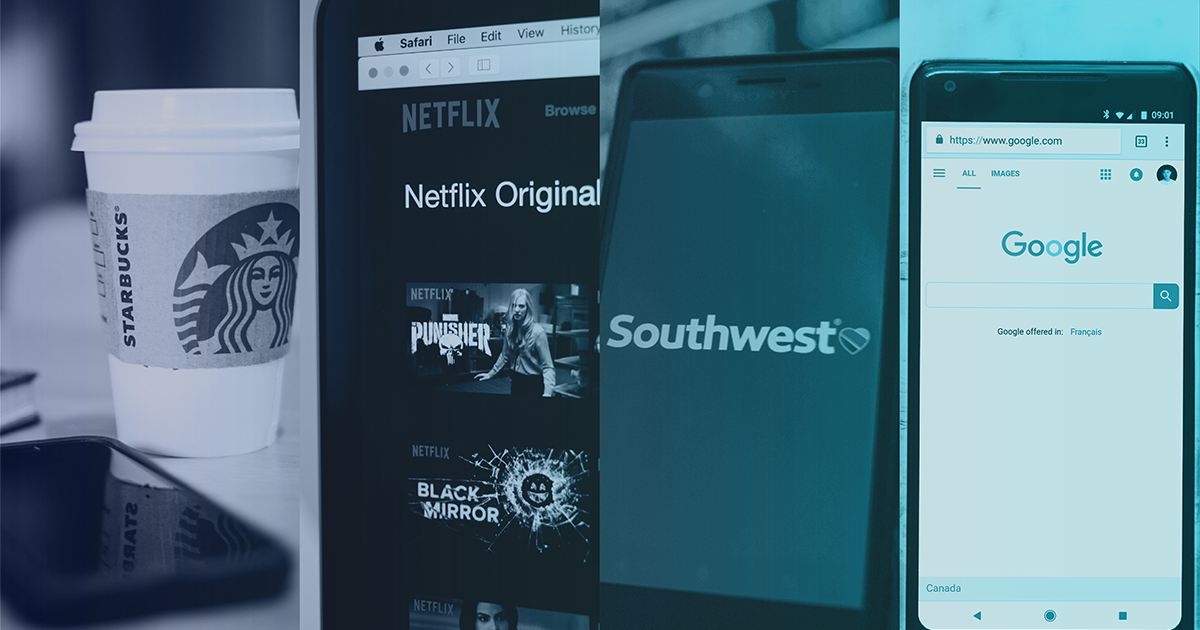 There’s much more to a successful organization than simply perfecting your process and crafting a solid business model. Consider one of today’s most ubiquitous media enterprises Netflix, which states on its hiring page, “Our version of the great workplace is a dream team in pursuit of ambitious common goals.”

Staunchly “people over process,” the multi-billion dollar entertainment outfit recognizes that a unique and clearly defined company culture that allows people to be inspired rather than managed is an essential component to retaining talent, growing their business, and ultimately ensuring they’re able to achieve their goal of entertaining the world. 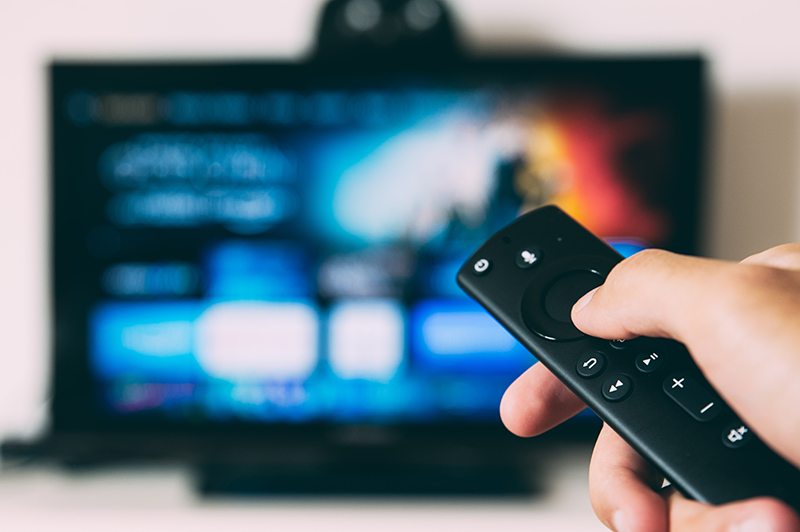 While you might not command the stature or size of Netflix, your own company’s culture is still made up of common elements: a communal attitude, accepted behaviors, recognizable language, and a shared goal that keeps people engaged and doing good work. It’s something that evolves and which can be energized by bringing new team members into the fold.

Most importantly, culture like this is something that makes your company your own company--a place where things are done in a way that is unique to your organization, regardless of what the end product is. Anyone can make a video game, but only Nintendo can make a Nintendo game. It’s not because they have different tools, the most powerful hardware, or the widest audience, it’s because they have a unique and innovative culture that gives them a competitive advantage. Your company can benefit by taking three specific tenets to heart--ones that some of the top companies from Nintendo to Google to Southwest Airlines and even the team here at Vokal all value.

Your employees should know and understand your core values. If you don’t have one already, create a core values document and distribute it internally so you have a shared understanding of where everything begins. We’ve already mentioned Netflix’s exhaustive document. (At Tesla, they call their version the “anti-handbook handbook.”) This should explain the company culture and tell employees new and old what to expect. 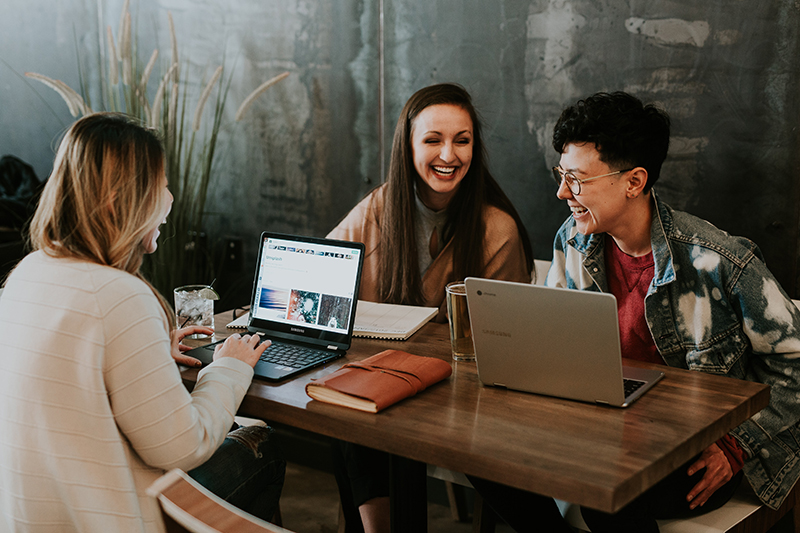 People need more than a drink machine or foosball table to feel like they’re doing something worthwhile or making a difference. They need a purpose that they’re proud of, with an end goal they’re driven to reach for reasons other than the company’s bottom line. Clearly define and remain true to a mission and goal that people find encouraging and want to achieve. When they’re doing good work in service of their mission, success and profit are sure to follow naturally as a result. People need transparency, work-life balance, collaboration, and comfort (okay, maybe the drink machine has some value).

Encourage diverse thoughts, self-expression, exchange of ideas, and open communication. The old adage goes that people don’t leave jobs, they leave managers. When a company’s culture becomes toxic, it’s a symptom of an illness that already exists beneath the surface, usually because people don’t feel like their input is valued or their efforts are important. By prioritizing people, you’ll have a foundation on which to build an effective organization.

Despite the popular myth, it’s not all that effective to sit around and wait until inspiration strikes one of your team members in order to chart your organization’s next steps. Being innovative has to be something you do on purpose. We’ve talked a little bit about how we innovate here before.

For example, if considering a three day innovation sprint, use the first day as a large group to identify and understand the status quo and flag areas of interest for the company as a whole.

On day two, brainstorm alone then break into smaller teams that are tasked to come up with a certain number of goals and ideas or projects to reach those goals (you can incorporate various rules or limitations to refine the output you’ll end up with).

On day three, present the findings as a group and select the best idea from each group to ultimately take to a working prototype. This is just one way such an event can be run. Focus most of your team’s effort around action and experimentation. Companies ranging from Slack to Starbucks incorporate such activities as crucial components of their strategy.

When you’re part of a team focused on coming up with new ideas and making them tangible, it’s hard not to get excited. Your team deals with a wide array of issues every day, and knows your company better than anyone else. Making time to innovate is the only way to head down the road to what’s next, and it’s your people who will drive it, improving company culture and letting your employees feel ownership and impact along the way.

3. Remember that failures are a success.

In the most successful companies, failure is not an option--it’s mandatory. Don’t punish failed experimentation unless you want to ensure the status quo. Every failure is an opportunity to learn more about the mission, about your people, and about what the process looks like when you come up short as a group. As a leader, emphasize these learning lessons, and lead by example. The halls of success are famously lined with stories, efforts, and products that nearly ended as failures. 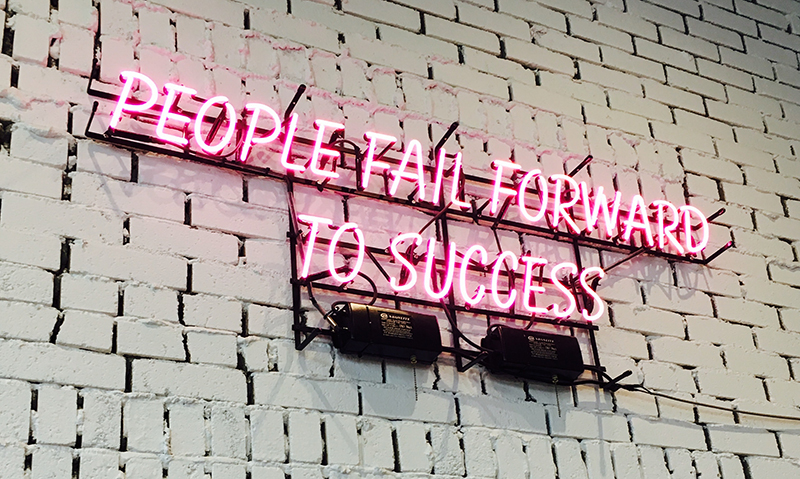 Marvel Comics went from bankruptcy to the biggest film franchise of all time thanks to some desperate licensing that caused them to realize the true value of their characters. Angry Birds developer Rovio published 51 mobile games before narrowly avoiding bankruptcy with number 52. Steve Jobs was tossed from his own company in the early 1980s, then returned in 1997 with some new ideas and things went pretty well after that. He’s famously said that “getting fired from Apple was the best thing that ever could have happened to me.”

It’s not just possible but probable that most of these companies would not have ended up as the successes they are today if they had never had to deal with the sting of failure first. You need not only to accept the failure of new ideas, but encourage it if you are to become the best version of the company you can be.