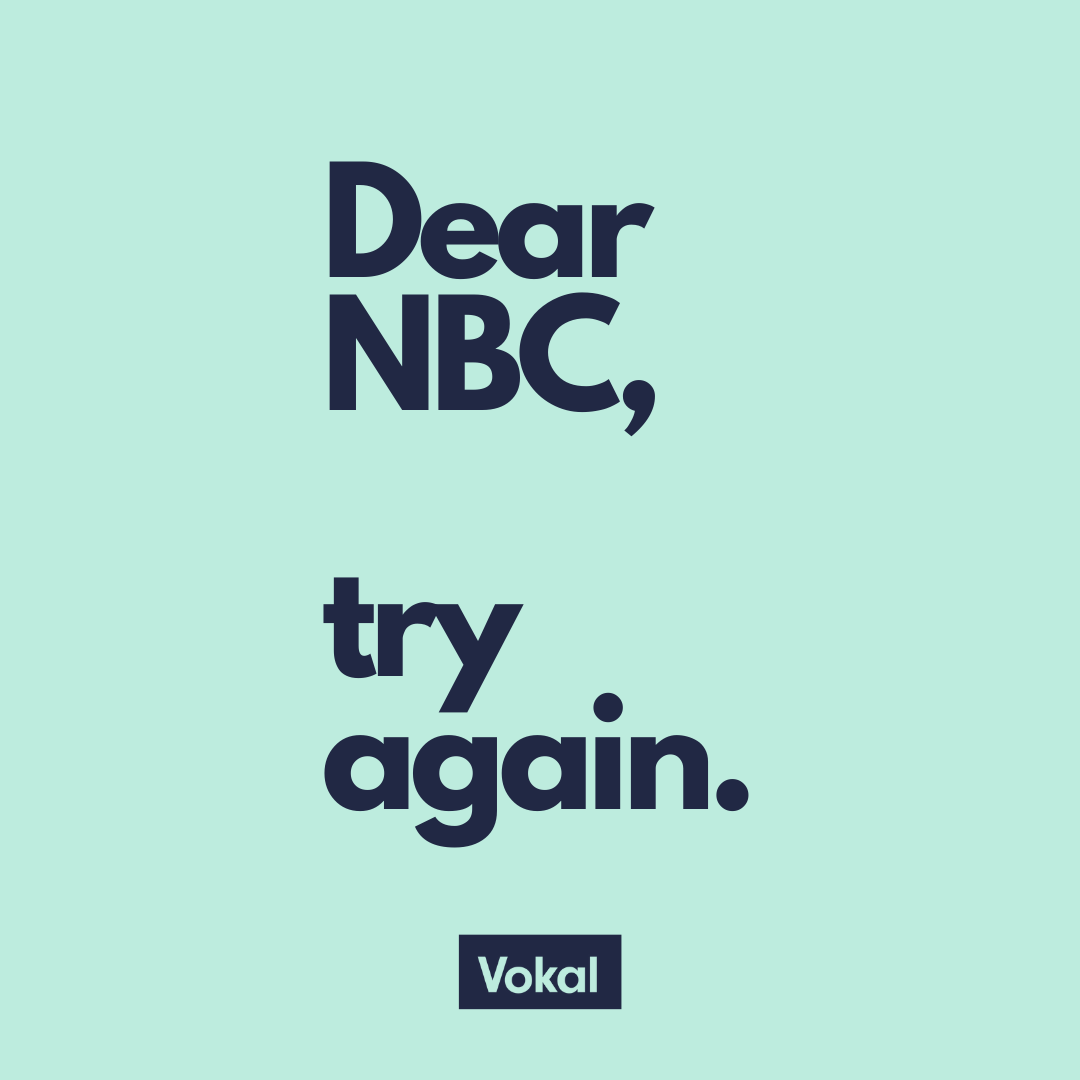 THE ONLY ONE THAT LOST IN THE 2020 OLYMPICS IS NBC’s PEACOCK. HERE’S WHAT I WOULD CHANGE.

Was NBC’s coverage of the Olympics a success?

Well, it depends on who you ask.

If you ask NBC, it was a resounding success.

Viewers streamed a record 5.5 billion minutes of events across social media and online platforms such as NBCOlympics.com, the NBC Sports app and the streaming service Peacock. Those figures make the Tokyo Games the most-streamed Olympics ever, giving Peacock its best two weeks of use since it debuted in April 2020.

If you ask everyone else, well… Peacock came in last place. 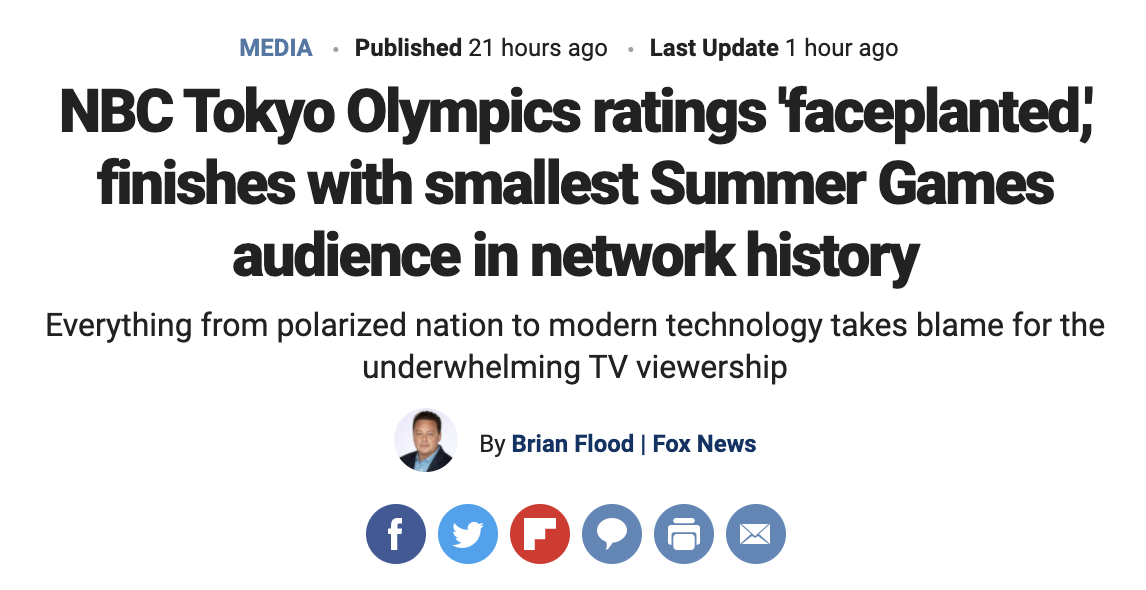 Everything else, though? The long-delayed replays? The chaotically edited, context-free “highlights” clips? The basic fact that, contrary to what the brass at NBC Universal said before the Games began, most of the 2020 Olympics events didn’t end up being available, on replay or live, with a Peacock subscription alone? An Olympics-sized nightmare!

And it’s not like Peacock wasn’t set up for success. Rather than having mere months to pull off a streaming Olympics miracle, like they would have done if the Games had gone on as planned last summer, they had an entire extra year.

They probably made a huge profit. Execs probably got their bonuses. And I’m sure there will be a “lessons learned” session.

But they lost something that is hard to measure in a PowerPoint dashboard presentation: brand power.

And the opinions on this topic are plenty. Some blamed the lack of viewership on the athletes being political, or because of COVID, or because there were too many events to cover. But I don’t think those played major factors.

This was Peacock’s time to shine on the big stage and differentiate themselves from their competitors.

Luckily, we have another Olympics coming up in Beijing in 2022. Here’s what I would change for the next Olympics.

Change your north star metric to focus on customers, not subscriptions.

I get it. The future of your business is the subscription model. I agree with you, and I would have advised the business to go the same route as well. It’s a no-brainer.

But what unfolded after getting an extra year to prepare for the Olympics because of the pandemic was simply unacceptable.

I know how this happened. The top executives at NBC gave a directive: increase subscription revenue! So the entire experience was guided to drive more subscribers.

I’m a capitalist, so I understand. Creating a core metric is great for business.

But because Peacock is still a newbie compared to the rest of the subscription model players, the main metric should have been related to customer experience. I feel like they chose the wrong metric to pursue.

Great experiences = happy customers = more subscriptions. Peacock is only “nice to have” at the moment, so customers aren’t willing to jump through hoops to get it. They simply give up.

One place, yes one place, to watch the Olympics.

Figuring out if the event stream is on the NBC app, the NBC Sports app, or the Peacock app https://t.co/Cboi4pqlrF

If we didn’t have 10,000 ways to watch TV, it would have been ok. Imagine non-tech-savvy people trying to watch the Olympics. What app is it on? Do I have to pay for this? What time is it on? Is it live?

So if NBC could have simplified the process of finding and viewing events, it would have gone better.

Focus on Marketing Flywheel by making it ridiculously easy to share and view clips across social media platforms.

NBC should have considered its marketing flywheel and focused on two things.

1. Make it easy to watch → More customers watching the Olympics on their platforms

2. Make it easy to share → Drive more traffic to their platforms.

That’s how the flywheel works. And bonus points if they would have teamed up with Facebook, Twitter, and TikTok to make it even easier to click on the “watch” button to view the event they wanted to see.

I know these are complicated relationships, but if NBC’s #1 goal was to get as many people as possible to watch the Olympics (not forcing subscriptions on users), then they should have utilized the platforms people use every day.

People don’t start their day by seeing what’s on Peacock.

The most viral clips weren’t even of the events themselves. It was Kevin Hart and Snoop Dogg describing Olympic events.

These two together are funny. It was easily the highlight of the Olympics.

That’s all I have to say about this. Looking forward to the Winter Olympics in Beijing 2022.