3 Predictions for the Future of Product-Led Growth 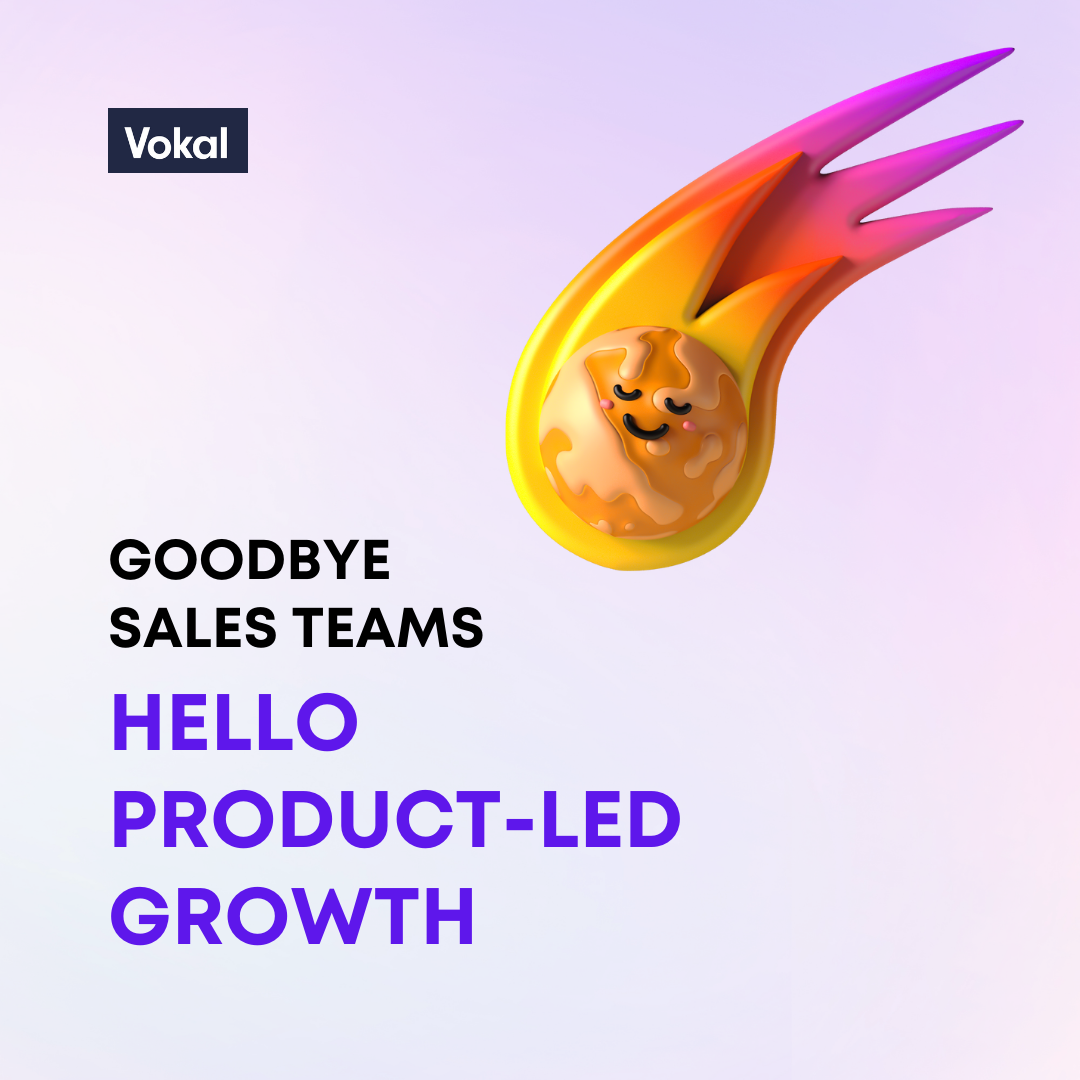 It’s been 10 years since Marc Andreesen penned the famous “Software is eating the world” article in the WSJ, and if he wrote that same post today instead of 10 years ago, it would have had the same effect.

Software is still eating the world, and we’re only on the first course.

The big shift is that enterprises have all suddenly decided that going “Digital” is the answer. Digital used to be the side dish, even when “digital transformation” was the buzzword of the day, but now

it’s taken on an even bigger role inside companies.

And to go digital, to really, truly embrace digital, it has to be the DNA of every individual inside an organization.

One of the biggest trends to emerge out of this growth in digital is Product-Led Growth (PLG).

According to the Product-Led Growth Collective, product-led growth (PLG) is:

“A business methodology in which user acquisition, expansion, conversion, and retention are all driven primarily by the product itself. It creates company-wide alignment across teams — from engineering to sales and marketing — around the product as the largest source of sustainable, scalable business growth.”

The reason being that companies who embrace PLG grow significantly faster than a “traditional” organization. 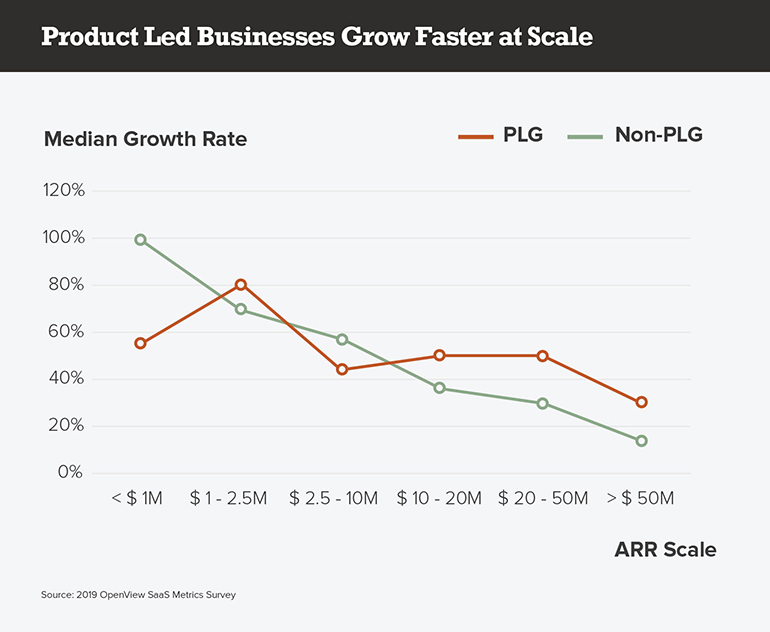 It’s much easier to scale software than it is to scale people.

Here’s what I think is going to happen in the next five years.

Prediction #1: Enterprises will be forced to embrace PLG because of fast-growing competition

Competition is coming from everywhere, and companies are being forced to embrace digital. They have no choice.

But people don’t want to interact with salespeople or marketing campaigns anymore—not at the expense of actually getting to experience the product they’re buying. To keep up with the market and get ahead of the curve, businesses must reshape their marketing, sales, and service strategies and fundamentally rethink the roles of their customer-facing teams.

‍Sales-led and marketing-led growth had their time. The future is product-led growth. [src]

And to top it all off, the competition has better tools, moves faster, and embraces failure.

The barriers to entry are decreasing regardless of a company’s moat.

The writing is on the wall.

Here are a few other reasons why I think companies will be embracing PLG.

I shared this image in my last post, but I must share it again because of how ridiculous it is.

Software tools to make marketing and sales easier are emerging from everywhere and have no signs of slowing down. 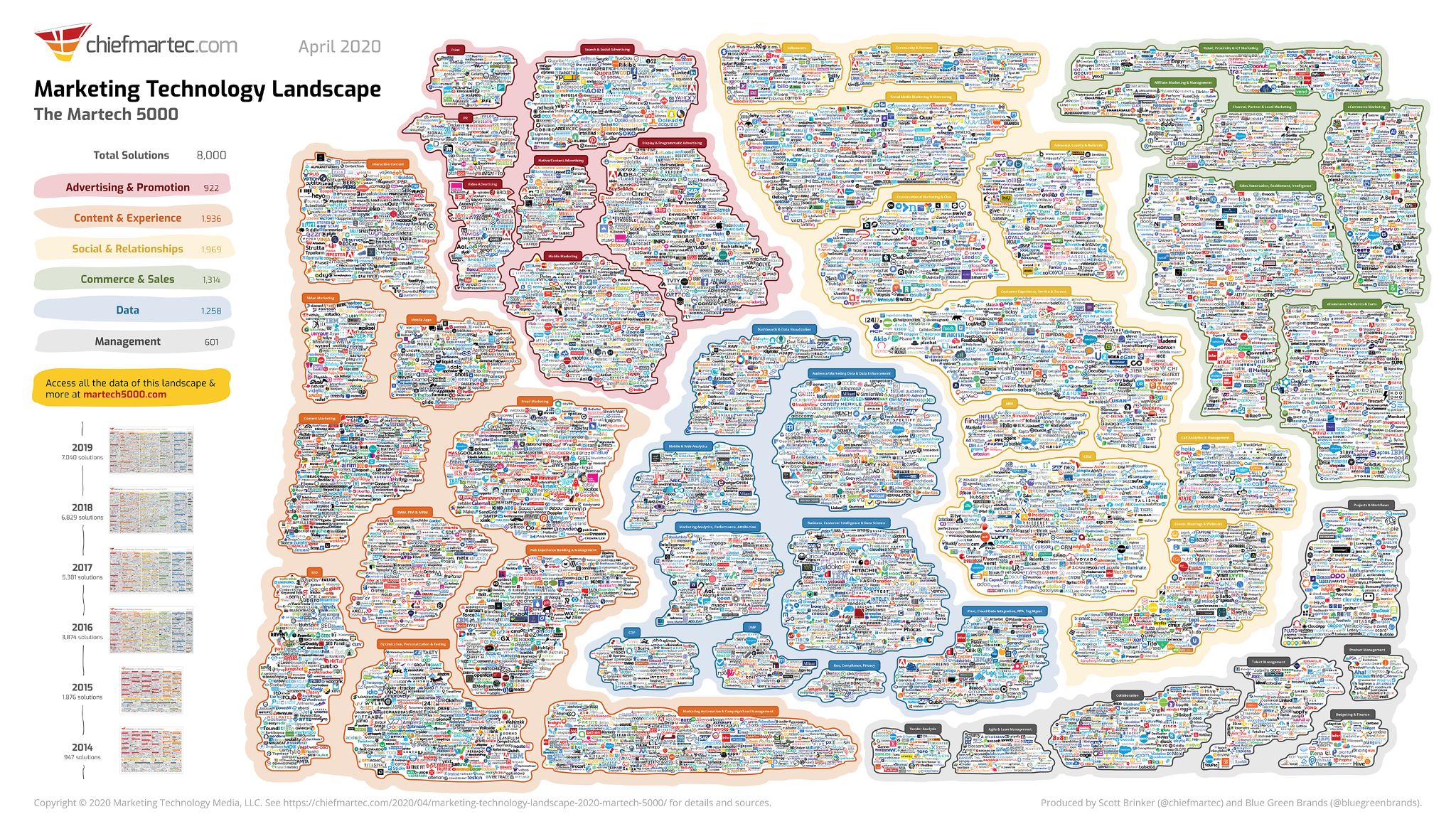 Why wait three months to get feedback at a board meeting when you can run an experiment, analyze the data, and make improvements all within a two-week period.

And there is no worse thing than hearing: “Let me talk to my sales colleague and get back to you, ” which we all know is a recipe for disaster.

Let the machine do it. That’s the power of software and PLG.

I love this excerpt because it captures what is fascinating about PLG:

Because PLG appeals directly to end users, bypassing gatekeepers, it allows software providers to demonstrate potential ROI and establish provisional KPI scores even before an enterprise deal is struck—without big marketing and sales operations, and sometimes without a penny having changed hands. [src]

I shared a story earlier this year about pirates taking over the enterprise, and it almost mimicked this quote exactly. A client hired us (without board or executive approval) to run several PLG experiments. It worked.

That’s the power of PLG. You can run an experiment and iterate on software without having to involve all stakeholders (sales operations, marketing, etc.). It’s a game-changer.

I also thought about some recent enterprise success stories, and they all had something in common. Most of them, if not all of them, involved software at the center of the company:

- Zoom did all the talking. They own 60% of the online video conferencing market!

- Coinbase did all the talking. Easy-to-use selling and buying crypto. 54B company.

- Salesforce does all the talking. Salesforce didn’t initially grow because of its sales force. They grew because the product was simple to use. Remember “no software” from Benioff? They pioneered enterprise SaaS.

Prediction #3:  PLG will cause most traditional digital advertising agencies (PPC, etc.) to die a slow death

There will be few that emerge with a different approach. The agencies with skin in the game and the ability to experiment quickly and proactively will ultimately win.

What companies ultimately want is growth, not someone to “manage” their ads. Anyone can do that.

The agencies that will fail:

- If the focus is on “management and reporting” instead of metric-driven, creative, experimentation.

- If the agency is just an ad buyer with mediocre creative content. Goodbye.

- If they say they focus on growth (they all do), but don’t have talent that has led to growth for startups.

The ones that will thrive:

- The lead of the program is someone with startup growth experience, not “ad management” experience.

- Have at least 3–5 experiments running at a single time.

- Are tied to a defined ROI and will do whatever it takes to get that ROI.

- Drives the experimentation instead of reacting to it or waiting for the client to drive the initiative.

- Can pivot daily instead of monthly.

- Can scale up marketing in weeks, not months.

Companies need agility, speed, and the ability to fail fast, not ad management with mediocre creatives.

It’s still early, but PLG will be making its way into enterprises, slowly but surely

I’m not a huge fan of calling the death of something. How many times did we read the headlines about the next iPhone killer, etc.? They were so unbelievably wrong.

But with enterprises going digital, it’s hard to imagine that sales teams won’t be replaced with digital experiences instead. If I can get it done in a click, why would I get it done with seven emails and a phone call?